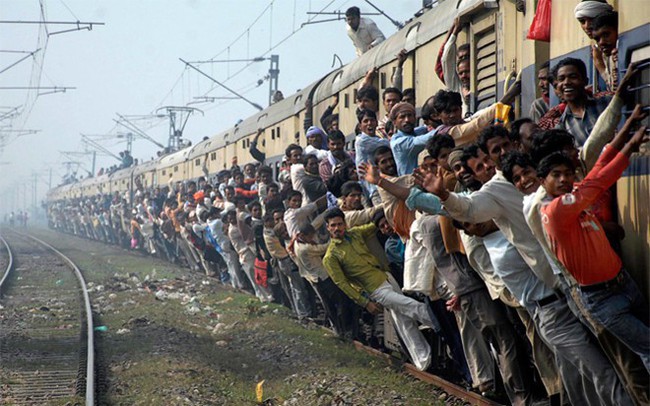 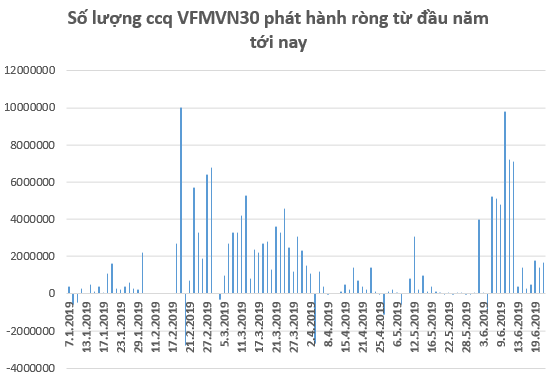 Similarly, VanEck Vectors Vietnam ETF (VNM ETF) has issued a net fund of 350 thousand fund certificates, equivalent to US $ 5.63 million (VND 131 billion) in the past week. Currently, Vietnamese stocks account for about 70% of the VNM ETF portfolio, so it is estimated that this fund has bought a net of USD 3.9 million (VND 92 billion) in Vietnam market last week. 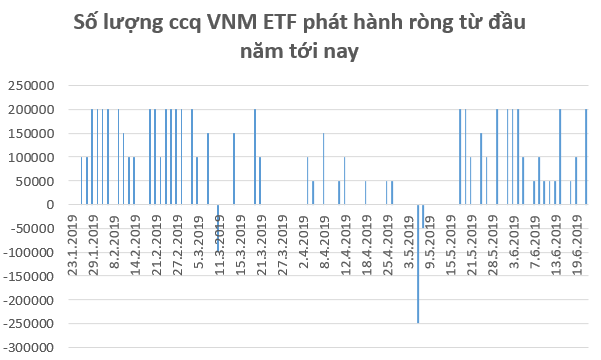 Another ETF, iShares MSCI Frontier 100 ETF, after a fund certificate withdrawal in May, issued a net issuance of 200 thousand fund certificates in the past week, worth US $ 5.8 million (VND 135 billion). Vietnamese stocks currently account for 15% of the iShares MSCI Frontier 100 ETF portfolio, so the fund’s estimate is about $ 0.87 million (VND 20.2 billion) last week.

Although the release of the iShares MSCI Frontier 100 ETF fund certificates is not large, this indicates that the cash flow is “rushing” back to Frontier Markets after several months of consecutive withdrawal.

Other ETFs in Vietnam such as FTSE Vietnam ETF, KIM Kindex VN30 ETF have not issued certificates in the past week.

The recent return of capital flows to ETF funds may reflect the expectation of FED as well as many central banks in the world to cut interest rates in the second half of the year, thereby bringing cash flows back to the More risky assets like securities.

In the meeting held last week, FED signaled the possibility of lowering interest rates. FED officials are currently divided on whether to maintain the current interest rate until the end of the year, or 1-2 times lower in the second half of the year amid escalating trade tensions that have an impact on the economy. America. Currently, 8 out of 17 FED officials have supported the plan to reduce interest rates.

The recent forecast of Deutsche Bank shows that the trend of lowering interest rates of countries in the second half of the year is quite clear. According to this forecast, FED will lower the operating interest rate from the current 2.38% to 1.63% at the end of 2019. This trend also takes place in countries such as China, Korea and even Vietnam.