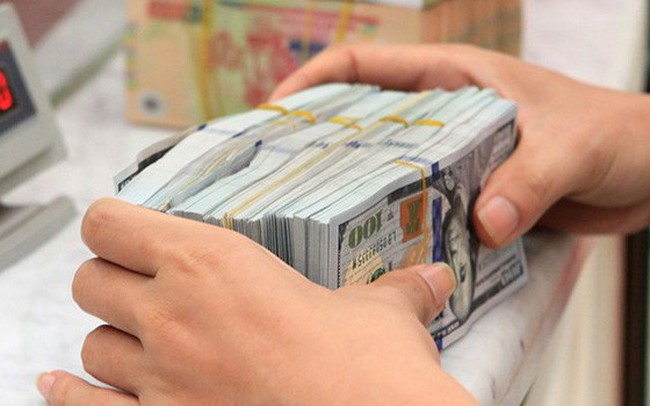 Large foreign currency sources are still entering Vietnam, creating a direct adjustment to the USD / VND exchange rate despite the narrowing of interest rates.
On June 10, in an interview with BizLIVE, when talking about the impact of US trade tension with China on Vietnam, the general manager of a commercial bank said that he had the same opinion with many. Experts said that Vietnam has become one of the attraction points of capital flows.

One of the advantages of Vietnam is stable politics, high economic growth in the region, inflation being controlled at a low level for many years and especially for foreign investors, the stable exchange rate is one. Among the factors of top concern.

“Although the USD / VND exchange rate has fluctuated significantly in the recent one month, I believe that the State Bank will continue to implement well the goal of keeping this year stable. As a banker, we recently witnessed a lot of foreign currency, a lot, even seeing daily movements, ”said the general manager.

Also on June 10, in the inter-bank market, the price of USD transactions among members decreased sharply, down 28 VND compared to the previous session. Continuously, June 11 session, further reduction of VND 27 continued to be recorded.

In the period of strong fluctuations shown from the beginning of May 2019, the last week was the first time the USD / VND exchange rate witnessed such a strong and clear adjustment.

Notably, the exchange rate was adjusted in the condition that the interest rate difference between VND and USD on the inter-bank market shrank. As overnight accommodation (focusing on trading volume), the positive difference is inclined to VND only 0.6% / year, while most of the period from the beginning of the year the difference is usually maintained above 1% / year.

“The supply and demand of foreign currency in the market is still decisive and a key factor,” said the State Bank’s specialised leader when talking to BizLIVE.

With the information “see foreign currency on the way” that the general director of the bank shared, the specialised leader of the State Bank also confirmed the recent supply of foreign currency showed signs of increasing, foreign currency sources. big in Vietnam and can be associated with stock trading activities, indirect investment flows.

And in fact, last week, the foreign currency status of the system of Vietnamese commercial banks increased with a low level recently from net buying of foreign currencies in the market.

Regarding the trend, this specialised leader said that the last point of interest is Vietnam’s big trade deficit in May. However, looking back on the history of recent years, May is usually the month of trade deficit. big, but not necessarily to talk about a trend. On the other hand, trade deficit is largely from imports of raw materials and machinery for production, and this point is not considered worrisome.

In the foreground, in the near future, the first point of interest for the exchange rate of USD / VND, as well as the whole world is expected, is the possibility of the US Federal Reserve (FED) considering reducing the USD interest rate.

Even this possibility is being observed by observers and investors right from July, and the prospect of falling twice in the second half of 2019.

If so, the decision to reverse FED’s interest rate policy will be one of the weights for USD / VND exchange rate in the last months of the year, besides the inflow of foreign capital is still expressed.