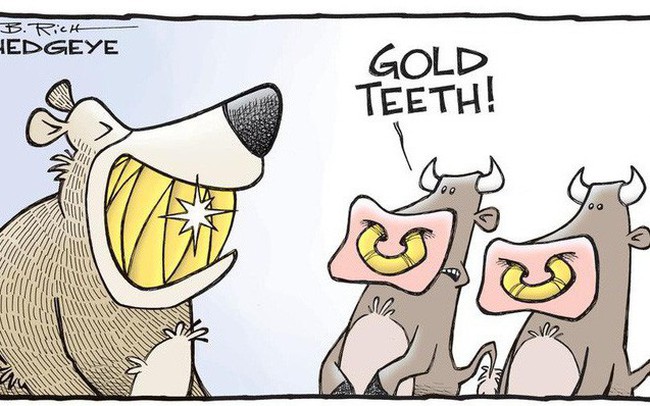 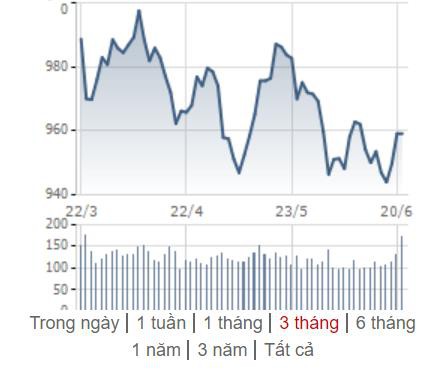 VN-Index had a recovery week compared to the previous week thanks to the good news from the world financial market and the oil price rebounded strongly. The market was more active in the past week when ETFs reversed the portfolio of quarter 2/2019. Along with the prosperity of the common banking group, Bluechips such as BVH, FPT, GAS, REE, VIC, VRE, VHM, PNJ, MWG, VJC, HVN … also all gained, helping the market gaining momentum to be strengthened. sure.

According to experts VDSC, after the closing date of the second quarter of ETF funds, the VN-Index’s score did not fluctuate much, the sideways trend is the key in the coming time. Investors are focusing on the results of the June meeting between the world’s top two leaders: President Trump and President Xi Jinping.

For derivative CK market, 4 contracts had a “positive” increase in consensus on liquidity in the week’s trading sessions than in the previous week. Last week, all of the 4 HDLs fluctuated quite strongly in the maturity date of June contract with a rather large fluctuation band, as well as a high level of 14-21 points, creating difficulties in decision to push orders. Long / Short investors. It is likely that July contract basis will continue to narrow in the coming week. Currently, the average matched volume of the futures contract market is quite average, reaching 81,800 contracts, respectively.

Technology stocks have outperformed the market, other sectors such as utility services have also increased well. Meanwhile, the yield of 10-year treasury bonds was trading below 2.0% for the first time since the end of 2016, making the stock more attractive to investors. Oil and gas stocks also had positive movements as tensions escalated between the US and Iran, leading to high oil prices.

Meanwhile the euro dropped by about 1% against the US dollar during the week. Following ECB President Mario Draghi’s statement, the yield on 10-year German government bonds fell to the lowest level of all time of -0.315%, while France’s 10-year bond yields reached 0%, level lowest ever.

The Japanese stock market also gained points in the week with Nikkei 225 index closing at 21,258 points (up 0.78%). At the end of Friday’s trading session, the yen stood at 107.57 Yen / US dollar, slightly stronger than the previous week. The Bank of Japan’s policy-setting committee (BoJ) has kept its monetary policy unchanged on Thursday, just hours after the Fed became the latest central bank to signal readiness to cut interest rates. before rising threats to global growth.

However, the BoJ did not make any changes to the interest rate policy and maintained the current asset purchase rate. The Japanese Ministry of Finance reported that exports fell 7.8% from last year in May, marking the sixth consecutive monthly decline. Exports of goods to China (Japan’s largest trading partner) fell by about 10%, largely due to a drop in shipments of chip manufacturing equipment, up to nearly 28%. Overall, exports to Asia, which accounts for about half of Japan’s total, fell by more than 12%. Meanwhile, exports to the US increased by more than 3% over the same period in May, thanks to a nearly 10% increase in cars.

The Chinese stock market gained positively during the week, when investors expected the meeting between President Trump and Chinese President Xi Jinping at the upcoming G-20 meeting that will make both countries resume talks. Trade judgement was broken last month. The Shanghai Composite Index closed at 3,001 points (up 4.2%) and the Hang Seng Index closed at 28,473 points (up 4.48%). Sentiment for Chinese stocks also increased after the Fed kept interest rates unchanged and signalled that they were ready to lower short-term interest rates for the first time since 2008.